GVR Capital Projects & How They are Funded 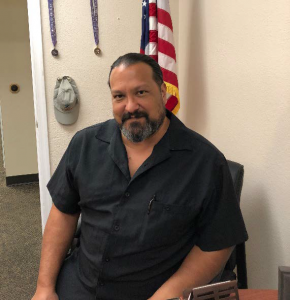 David Jund, GVR Facilities Director, is this week’s Kent’s Korner guest columnist. David went to Art School at the Phoenix Art Institute where he studied Graphic Art. He graduated in 1987, and became the Assistant Facility Manager at Arizona Theater Company. Later, David worked as a Pipe Fitter for First Service Fire Protection where he designed and installed Fire Suppression Systems in Tucson and Green Valley. After leaving the company, David was employed as a Maintenance Supervisor at GVR. David was promoted to GVR Facilities Director after eight years of service and is a member of IFMA (International Facility Managers Association). As Facilities Director, David oversees all maintenance, aquatics, landscaping and custodial services, as well as coordination and implementation of all capital projects. David Jund is staff liaison to six GVR committees and subcommittees.

It is often asked, “What are GVR Capital Projects and how do reserve funds apply to them?” First, there are three GVR Reserves: Emergency, Initiatives, and the Maintenance, Repair and Replacement (MRR) Reserve. In this column I will be addressing the MRR and how this reserve applies to some Capital Projects.

MRR Reserve Capital Projects are based solely on items included within the Browning Reserve Group’s (BRG) Reserve Study. The original BRG Reserve Study was accepted by the Board of Directors on June 16, 2016. The Reserve Study is updated yearly. Based on staff’s input, GVR received a BRG Reserve Study update on September 17, 2017 and, most recently, on August 17, 2018. The Original Reserve Study and an Updated Reserve Study are available on the GVR Website.

The BRG Reserve Study is a 30-year reserve funding plan. The study identifies components (assets) and attaches useful life spans to each component. Based on useful life, costs for component replacement is forecasted throughout the 30-year term.

BRG identifies two types of components within the study:

Each BRG Reserve Component (both included and excluded) meets these four criteria:

Example: a full swimming pool replacement is definitely a Capital Replacement, but the replacement of an entire pool would not be captured in the BRG Reserve Study. This is due to the fact that it does not have a predictable remaining useful life. However, components of the pool are captured within the BRG Reserve Study i.e., plaster, deck coatings, lift chairs and deck repairs, as these components have predictable and limited useful lifespans. A full replacement of a swimming pool would therefore have to be built into a non-MRR Reserve Capital Project.

Member Requests come to staff’s attention by various methods including in-the-field suggestions. Cost estimates to complete an individual member request are sought. If determined that the project meets the definitions of a Capital Project and if the request does not fall into the realm of a BRG Reserve Component, they are built into the list of potential projects that staff collects to submit for Non-MRR Reserve Capital Projects funding.

Club Requests involve an annual process in which applications for funding are submitted by individual GVR clubs to address needs pertaining to both dedicated and club-use spaces. The applications for funding are submitted by club presidents to the GVR staff liaison for club activities. All club-related applications are brought to the Planning and Evaluation (P&E) Committee for consideration based on established criteria. P&E Committee-approved funding requests are tallied and submitted to staff by the committee. Final funding status is dependent upon having funds available within an annual Consolidated Budget for non-MRR Reserve Capital Projects.

Non-MRR Reserve Capital projects are a separate line item in an annual fiscal year Consolidated Budget, since not all Capital Replacements and Capital Additions are captured in the BRG Reserve Study and are not funded by the MRR Reserve. The ability to execute these Capital Projects are therefore impacted by the budget development process and whether or not there are funds available for non-MRR Reserve Capital Projects.

The Board of Directors has the final say about funding of all Non-MRR Reserve Capital Projects by approving an annual fiscal year Consolidated Budget.